💡Unlock the Potential of Behavioral Economics in International Development Cooperation! 🌍

Unlock the potential of behavioral economics for your development project by understanding key concepts like anchoring, loss aversion, nudging and more.

Below is a first indication of how to apply these concepts to drive positive change and sustainable outcomes.

You’ll soon realize that behavioral economics is not only relevant for projects that implement specific behavior change components. Understanding the fundamental “psycho-logic” can be useful for basically all development projects.

The text is meant for you to research deeper into the subjects in case of interest.

Note that I generated the article with the support of artificial intelligence: chatgpt 🌍📈

Behavioral economics concepts can add value to any project

The phenomenon where an individual’s judgment is influenced by a reference point, or anchor, that is used as a basis for comparison. It’s important in communications to be aware of the reference point set, so as to not misinform the target audience.

The tendency to prefer avoiding losses to acquiring equivalent gains. This is important in communications of development projects where people may be reluctant to change their current situation even if it is not optimal.

A small, subtle change in the environment that influences behavior without restricting freedom of choice. This could be used in development communication to encourage good behavior such as saving money or using more sustainable resources.

A theory that describes how people value potential gains and losses differently. This can be used to understand the decision-making process of communities or stakeholders in development projects.

The application of game theory to the study of decision-making in interactive situations. This can be used in the communication of international negotiation and trade agreements.

The tendency for people to go along with the default option. This is important in communication for NGOs or governments trying to encourage certain behavior as people may follow the default option without considering alternatives.

The struggle to resist immediate temptations in favor of longer-term goals. This is an important concept to consider when communicating about development projects or programs that have long-term benefits but may require short-term sacrifices.

The tendency to strongly prefer small rewards that arrive sooner over larger rewards that arrive later. This is relevant when communicating in development projects that may have immediate, but small benefits, vs long-term but bigger benefits. This is clearly similar to the above.

The use of one’s own behavior to signal one’s own characteristics to others. This could be used in the communication of development programs that could be perceived as ‘too good to be true’ and to signal the credibility of the program.

I hope this gives you a sense of some of the key terms and concepts in behavioral economics, and how they relate to communications in international development cooperation.📈

Compilation by Corbecoms from pictures by NASA, Michael Michelovski and Jack Carter, retrieved from Unsplash. 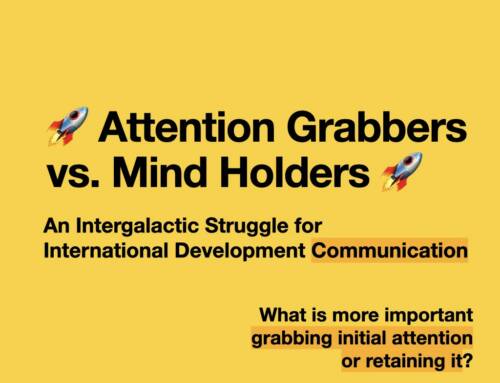 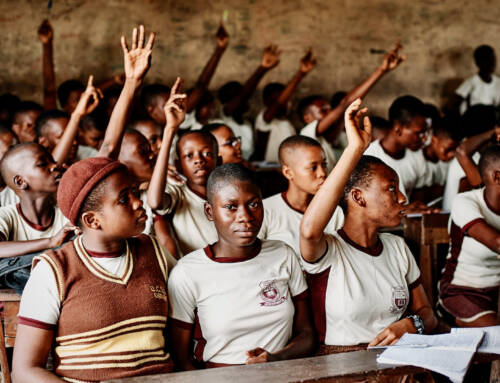